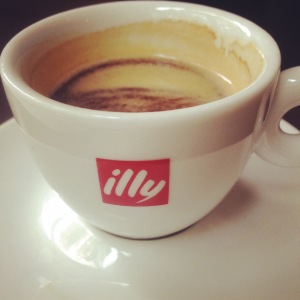 Usually they show up armed with stories ready to share.

Apparently being a good listener has its drawbacks.

Sipping my favorite Italian espresso, staring out at the park. Listening to my own thoughts and preparing for my day.

When suddenly someone is behind me. A male. Recently deceased.

There’s a unique vibe about those that haven’t been dead that long. A freshness to their energy, a curiousness. They’re also still pretty guided in that stage. There’s still room for them to go on home quickly.

So, this guy didn’t have a story to share. Which was unusual. He just stood there behind me. Staring. Waited for me to say something to him.

I don’t usually have anything kind to say to strangers who wander into my home.

Not many people would.

But something about him seemed – vulnerable. Sad.

So, I was gentle with him.

From reading his energy – without looking at him – I would have thought him older. 80’s, maybe. But when I turned to look at him his appearance was younger. His hair was dark. His skin unwrinkled.

This is often the norm when an older person dies. They begin to appear as they did when they felt their best in life. Usually their 30s or 40s. They appear as they saw themselves.

Usually ghosts want something from me. Sometimes they want to share their story. Sometimes they have unfinished business from their life and they think I can help them. Sometimes they just need to connect with someone since most of their existence is spent not being heard, seen or noticed.

But this guy – he didn’t want anything.

I found that unusual until I opened my email and discovered why.

There was an email my mother had forwarded me from one of her relatives.

Her cousin had died the night before.

I had been praying for him and his family.

He died while on the ventilator. Suddenly his BP just crashed and there wasn’t anything they could do to help him.

Before being put on the ventilator he had told his wife he didn’t want to leave her.

I had never met my mother’s cousin. That is, until he appeared in my kitchen this morning. (I get to meet a lot of interesting people this way…) I guess he knew to find me because I had been thinking about him. Ghosts can follow your thoughts. They see everything.

He was worried about his family. Sad to leave his wife of 60 years.

There’s often a kind of shock that happens when a spirit leaves its body. But with a little time, they begin to soften.

Once he has a little more time around his loved ones, is able to see and feel the love they have for him. He’ll adjust. And probably cross over just fine.