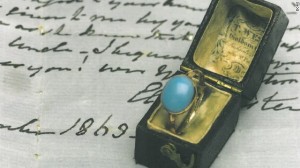 “Actually, Henri,” I said as I looked down at Jane Austen’s ring and remembered the smile of the man with the rosy cheeks. “What if I tried to wrap up the appraisal while you’re out courting love and romance? A far more worthwhile pursuit than an appraisal, I might add.” I smiled but Henri stopped where he stood, his eyes fixed on the ring as if I might be planning to abscond with it.

“I don’t know Addie,” Henri said as he cleared his throat.

“It would be a good exercise for me to try to do this appraisal on my own. You could proof my work when you’re back this afternoon.” I placed the ring back in its box with the hope that move might make Henri feel more at ease. Though I kept a finger on the the box. I didn’t want to entirely lose touch with Jane’s past.

Henri didn’t move so I broke out one of the last weapons I had. I wasn’t too proud.

I batted my eyelashes a few times and sent him the sweetest look I could conjure. “Please?” I asked.

Henri smirked and shook his head. “You women know just which string to pull on a man’s heart to make him give in.”

“You must love Jane Austen as much as my Mother,” Henri said and then stared at me for a long moment with his wide, brown eyes.

“Do not tell Otto I let you do this. He would kill me.”

Henri wagged his well-manicured finger and shot me his best warning look just before the heavy door ka-chunked shut behind him. I waited three full seconds to make sure he was gone before I turned and grabbed the ring again. Love and romance was my favorite addiction.

The small carpeted room of the Albrecht firm began to disintegrate into the whirling motion of dance and music. The stringed instruments sang to us from the end of the room, giving lift to our steps as well as the unequaled opportunity to steal flirting glances as we twirled in each others’ arms.

Quite simply it’s a dance Jane plans to dance for the rest of her life. There are no reservations. No concerns. Just the purity of love’s first wish: to spend the rest of her life with this man who holds her in his capable arms, if only for the beat of a few musical moments.

The dance finishes, he bows, I curtsy.

tune in tomorrow for the next scene… 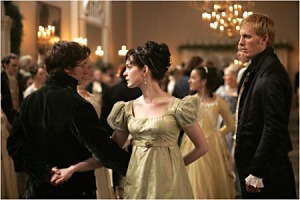 I attended a dinner the other night associated with the Metropolitan Museum of Art’s Beyond Fashion exhibition. Extraordinary. I highly recommend you make it.

Anyway – so I was standing in a small group of three society ladies. All of them seasoned experts at navigating New York society, which puts them on the equivalent of mafia bosses, jungle safari guides and maybe lion tamers. As we moved toward our tables, one of the ladies said to me, “I’ll sit next to you since you’re wearing nice jewelry.”

She said it out loud.

Apparently she wasn’t afraid of being called shallow.

I have to feel a little thankful though. I always appreciate someone who tells me who they are up front. As an empath I’m usually dancing between the outer mask people show and their inner voice they think no one can hear. 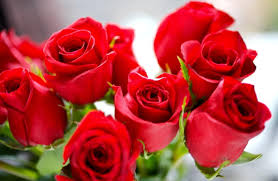